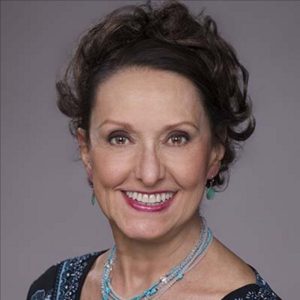 Jeannette LoVetri, known to her friends as “Jeanie”, is one of the most recognized singing teachers in the world and has taught world wide as an expert in Contemporary Commercial Music. That term, CCM, was created by Ms. LoVetri in 2000 to replace the term “non-classical” and is now in accepted use in academia, research, medical and clinical journals.

Somatic Voicework, her method, was created in 2002, at the request of the former Dean at Shenandoah Conservatory, who asked her to develop a program based on her teaching practices that could be shared with others. The Dean created an Institute for Ms. LoVetri, entitled The Contemporary Commercial Music Vocal Pedagogy Institute, which continues under others at this time. Ms. LoVetri’s work has expanded and will now be presented in a new, larger, and more dynamic Institute beginning in July 2017 at Baldwin Wallace University in Ohio. The LoVetri Institute for Somatic Voicework in residence at Baldwin Wallace University will offer an updated version of her famous three-tier approach to teaching all CCM styles. Over 1200 people have participated in this training program nationally and inter-nationally in several locations

Ms. LoVetri is a lecturer at Drexel University College of Medicine in Philadelphia and has been a keynote speaker at the University of Michigan Ann Arbor medical center, the Duke University medical center, the Chicago Institute for Voice Care at the University of Illinois and the Deutsche Stimmklinik in Hamburg, Germany. She has been a panelist for the Pan European Voice Conference and a presenter there numerous times, and has also presented at the PAS conference and the Fall Voice Conference. She has written four chapters in pedagogy and medical texts and numerous articles in peer reviewed journals for both singing and science. She has taught her work at universities throughout the USA including the University of Massachusetts Dartmouth, the University of Central Oklahoma, City College of New York, and has been a guest lecturer at Olivet Nazarene University, DePauw University, Eastern North Carolina University, Florida State University, Syracuse University, Boston Conservatory, Berklee College of Music, Douglas College in Vancouver, and McEwan College in Edmonton, Canada. She has taught for the National Association of Teachers of Singing as a master teacher twice, and for various state chapters including Virginia, Ohio, Wisconsin, and Rhode Island.

Her students are Grammy winners, Tony-nominated Broadway leads, and have appeared in the world’s great venues including Carnegie Hall, Lincoln Center, Albert Hall, the Hollywood Bowl, and on TV, in jazz venues, and in international theaters and concert halls. She worked as Singing Specialist for 20 years with the Grammy-winning Brooklyn Youth Chorus and has worked with children, both professional and not, from the beginning of her teaching career in 1971. Ms. LoVetri is the recipient of the Van Lawrence Fellowship, a lifetime achievement award from the NY Singing Teachers’ Association and a citation from the Centro Estudos da Voz in Sao Paulo, where she was a guest lecturer. She is on the Advisory Board of the Voice Foundation in Philadelphia, and has taught in Stockholm, Gothenburg, Copenhagen, Hamburg, Berlin, London, Florence, Sydney, Perth, Toowoomba (Australia), Sao Paulo, Santiago, and Bogota. She is currently working with a principal in the upcoming Broadway show, Anastasia, which will open in April 2017

Ms. LoVetri is a trained classical soprano who sang at Marble Collegiate Church and Riverside Church in New York, Off-Broadway at the former “Village Gate”, at Lincoln Center under Chapman Roberts of Broadway renown, and at the Henry Street Settlement Theater. She has performed recitals, concerts and solos in classical repertoire and is a frequent guest with the New York City Community Chorus, but continues to also do jazz songs and music theater pieces..

This is a live recording, made on July 18, 2015, at Shenandoah Conservatory in Winchester, Virginia, at a recital given on campus. The first piece is “Ah, non credea mirarti” from Bellini’s “La Sonnambula”, the second clip is Stardust by Hoagy Carmichael, and the last piece is sung to the karaoke version of “Joy To The World” by Three Dog Night from the 1960s. All three pieces were made on the same night over a period of about 45 minutes. Jeanie LoVetri is creator of Somatic Voicework™ and was the creative founder of the Contemporary Commercial Music Vocal Pedagogy Institute in 2002. At the time of this performance she was 66 years old and had a left vocal fold paresis which was diagnosed in New York City in April of 2013 by Dr. Peak Woo